When I first read Mick Inkpen’s picture book, Nothing, my kids were still too young for it–it’s a bit text-heavy–but I was immediately captivated by it, and have returned to it again and again to read to myself.

It is charming and witty, earnest and playful. It is beautifully–beautifully–illustrated.

It is also, unexpectedly, a deeply theological meditation on identity, community, renewal, and hope.

“The little thing in the attic at Number 47 had forgotten all about daylight. It had been squashed in the dark for so long that it could remember very little of anything. [...] So long had it been there, even its own name was lost. ‘I wonder who I am,’ it thought. But it could not remember.” 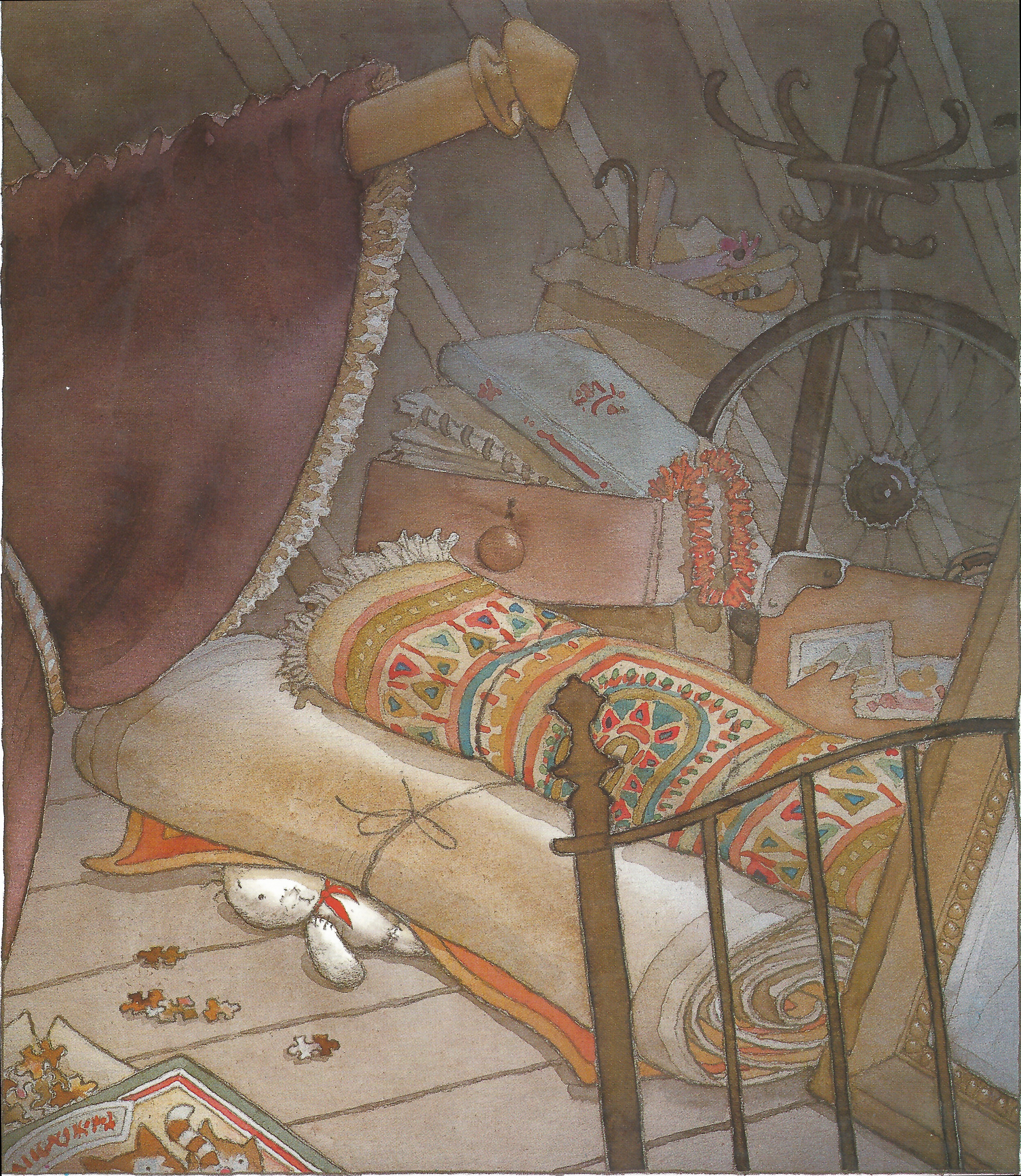 Through a series of events, ‘Nothing,’ as the little creature begins to call himself, manages to escape from the attic and out onto the roof: 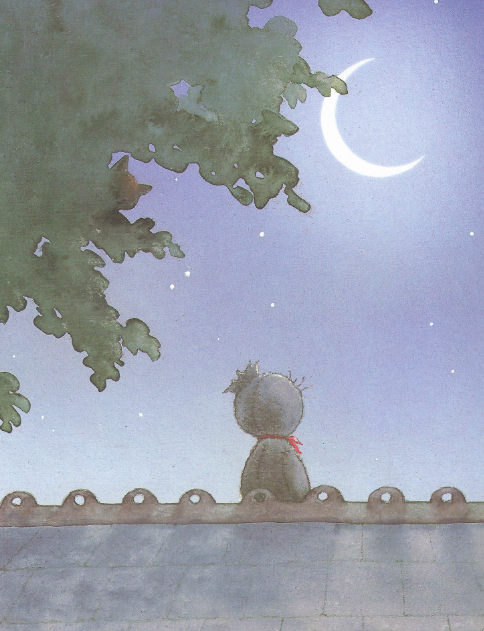 “How do you think you would feel if you had been squashed in the dark for years and years. And then you squeezed through a tiny hole to find yourself under the big starry sky? Well, there are no words for that kind of feeling, so I won’t try to tell you how Nothing felt, except to say that he sat on the roof staring up at the moon and stars for a very long time.”

Through a series of events, Nothing finds himself in the lap of the old grandfather to whom he had once belonged. He remembers his name. He is restored to the being he was meant to be, and, in fact, always was, even if he himself had forgotten. 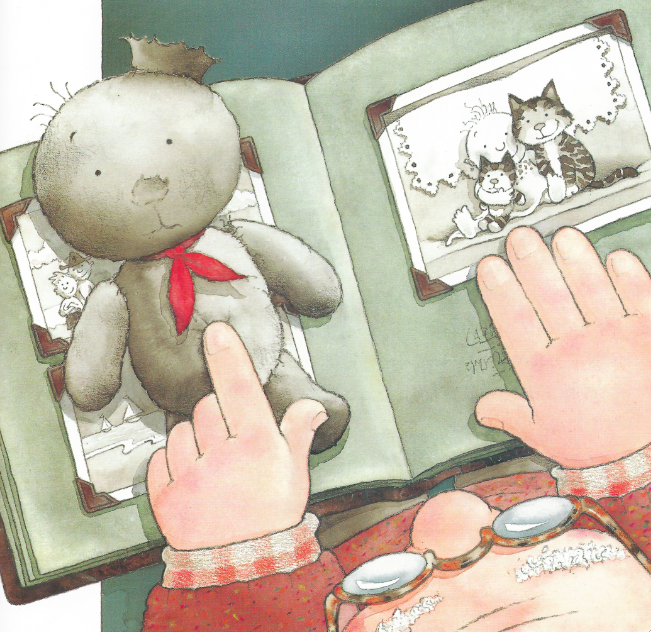 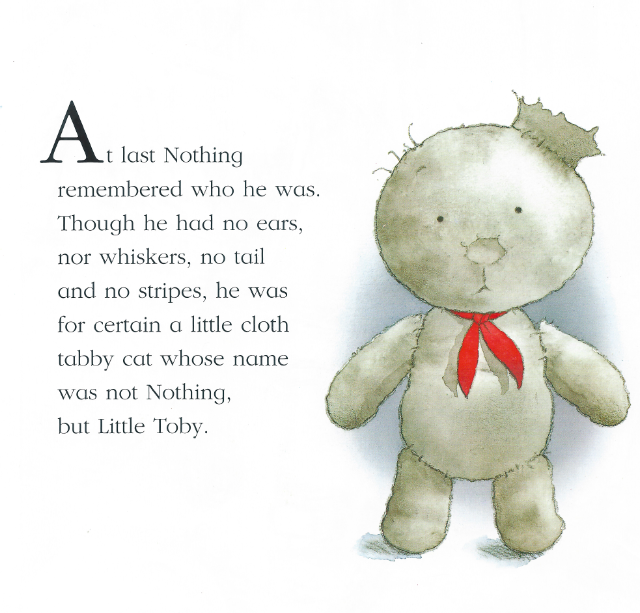 “And this, with the help of a good wash, some scraps of material, a needle and some thread is how he became Little Toby once more.” 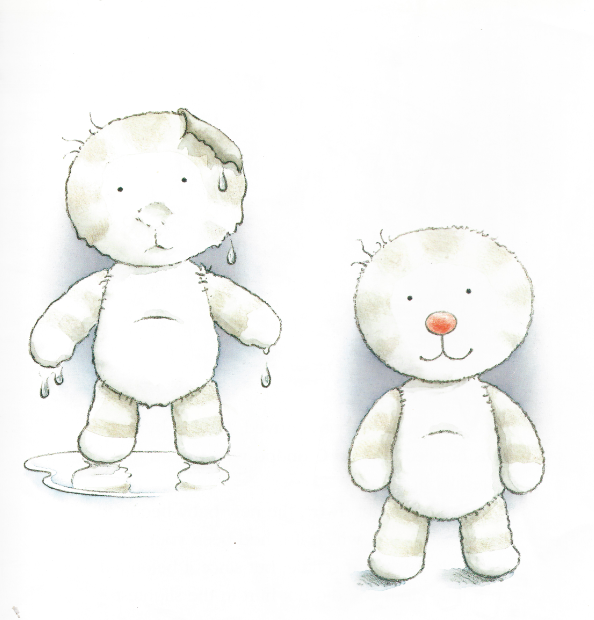 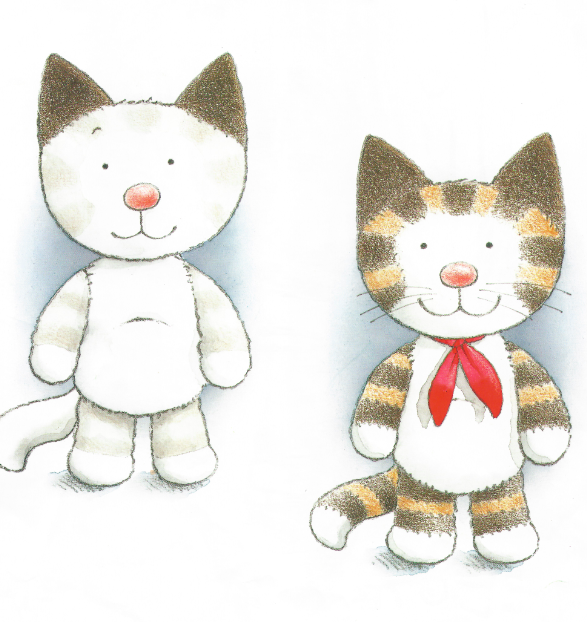 “And he that sat upon the throne said, Behold, I make all things new. And he said unto me, Write: for these words are true and faithful.” (Rev. 21:5)

Do not fear, for I have redeemed you; I have summoned you by name; you are mine. (Isaiah 43:1)

{While Nothing appears to be out of print in the USA; many used copies are available here.}